Sydney, Melbourne, Melbourne, Sydney, depending on the state in which you were born you have a very strong opinion on which is the best city. I think both are fantastic. Sydney definitely has it all over Melbourne in terms of the harbour but Melbourne has the cultural edge.

As a photographer my favourite part of visiting Melbourne is the grafitti. Every day it changes. I have heard that before but experienced it first hand when my camera battery went flat the first day and then when I went back the next to photograph these gorgeous eyes on one piece in Hosier Lane only to find someone had tagged over the top over night. I know the tags add a certain grunge to the paitings but I felt like targeting the eye which showed a clear reflection that gave meaning to the piece was a bit disrepectful. (Which I guess is what grafitti is all about). 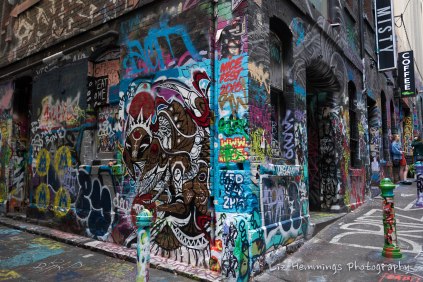 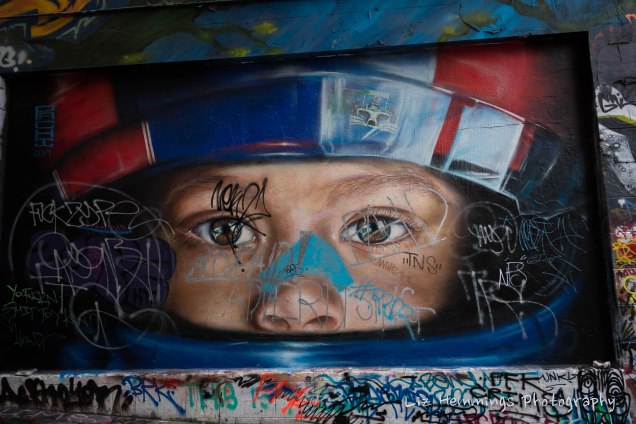 We stayed next to the Yarra in the docklands area which is very convenient for trams into the city centre as well as walking distance to outlet shops and many restaurants, cafes and bars. 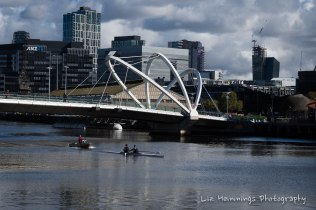 The lights down around the dockland at night make for some spectacular views. It is no way as busy as being around the harbour in Sydney of an evening, very peaceful with the odd jogger going past as well as the rowers on the river in the complete darkness. We had dinner at the Warf Hotel one night which was very nice with an open fire and just a short walk from the Crowne Plaza where we stayed. 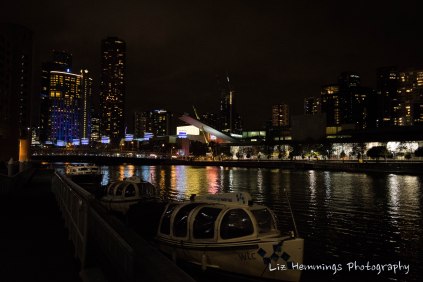 Other than the restaurants and bars we spent some time shopping at the outlet stores, checked out the grafitti lanes, the national library which is amazing and Melbourne Central. Two days in Melbourne is great a few more would be so much better as we didn’t venture out of the city centre.

More photos from this trip on Liz Hemmings Photography

One reply to “Melbourne Mini Adventure”